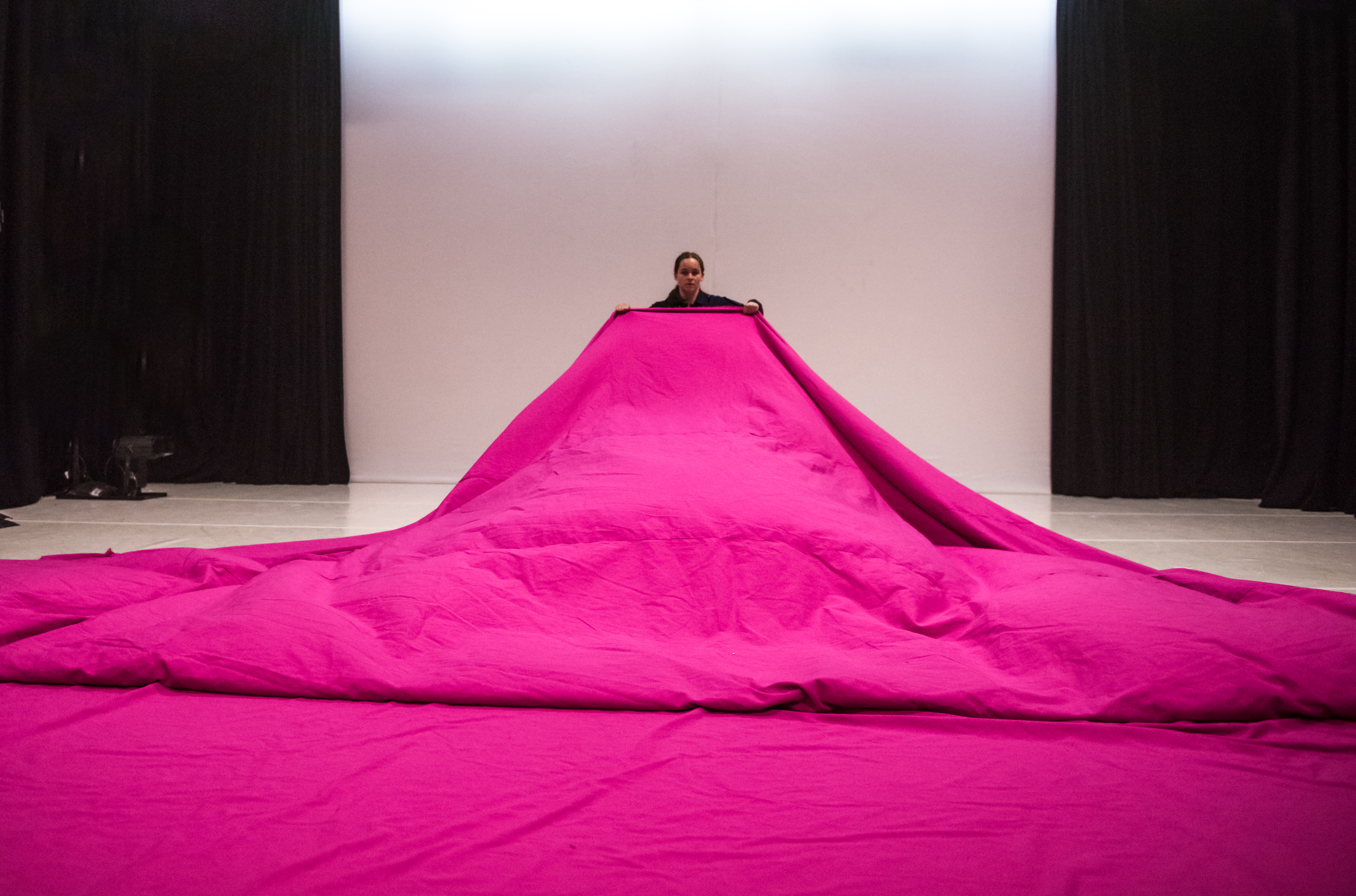 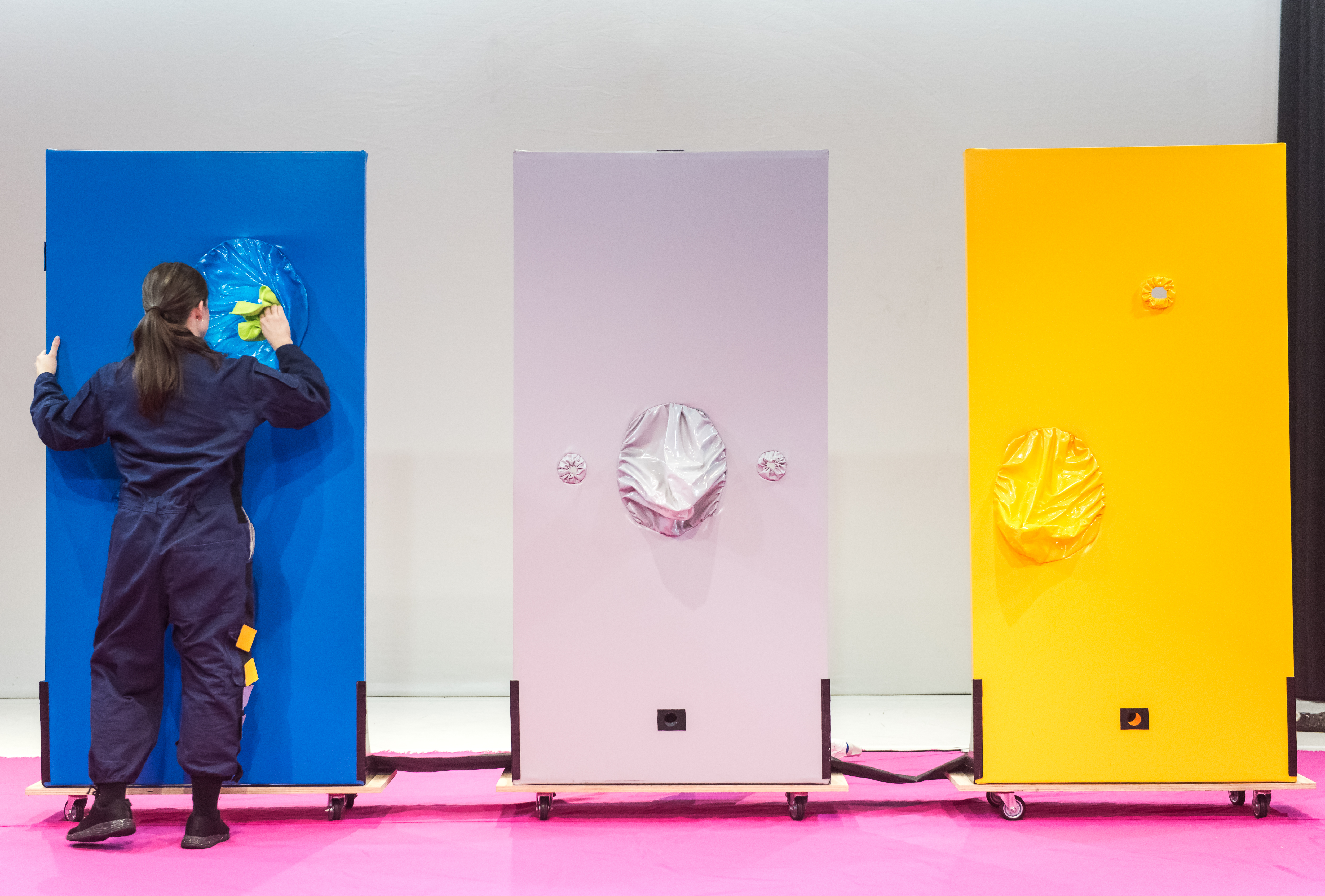 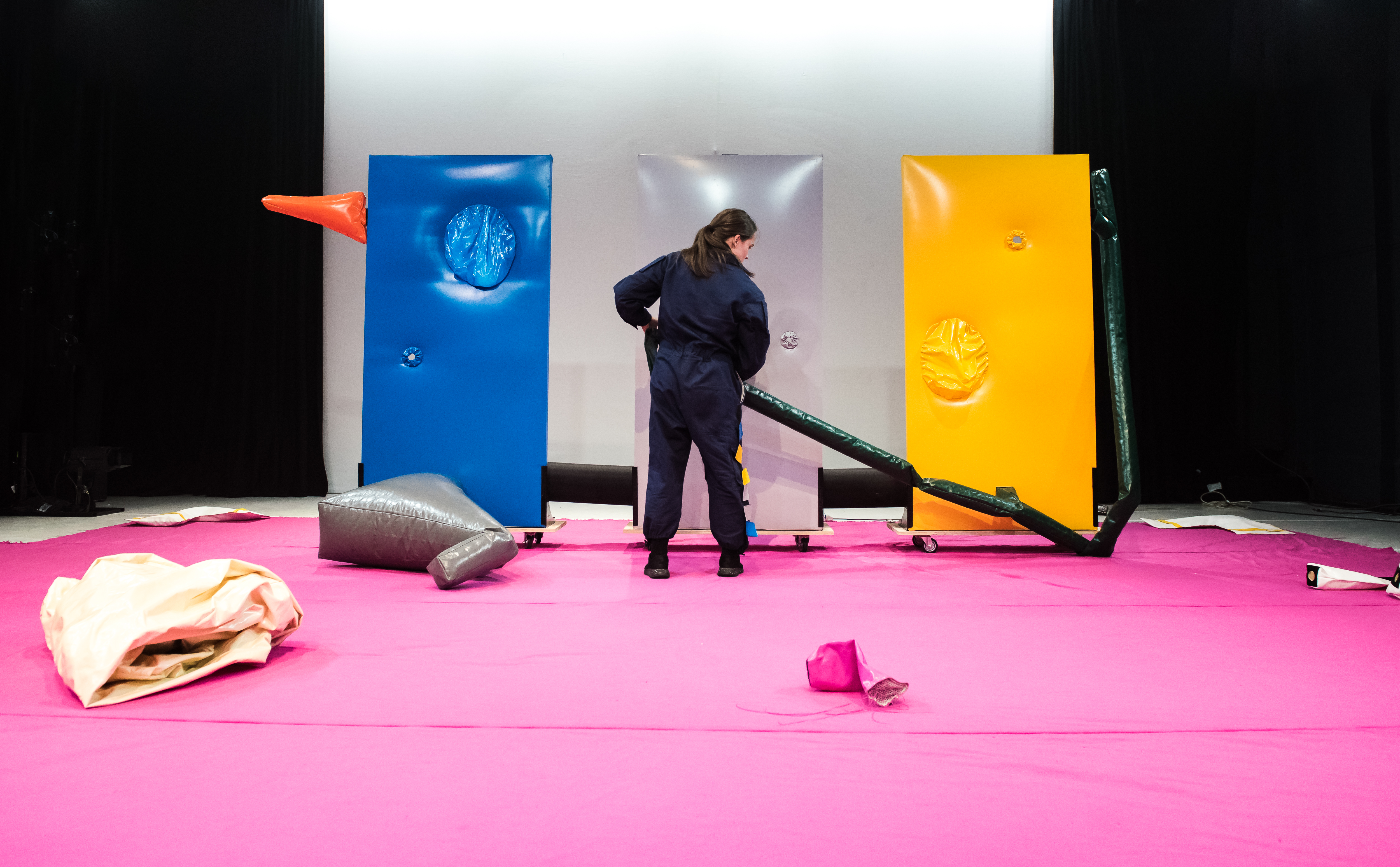 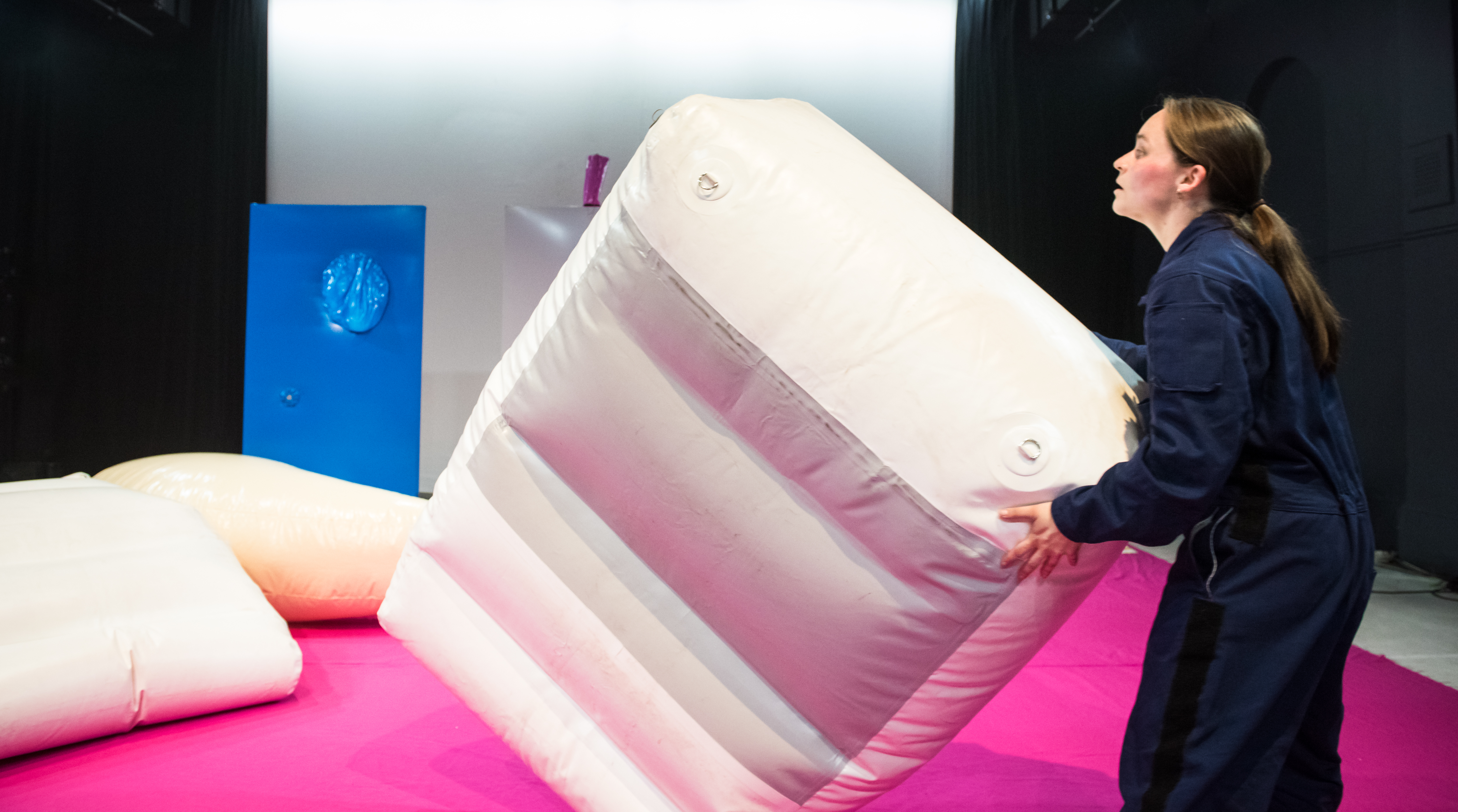 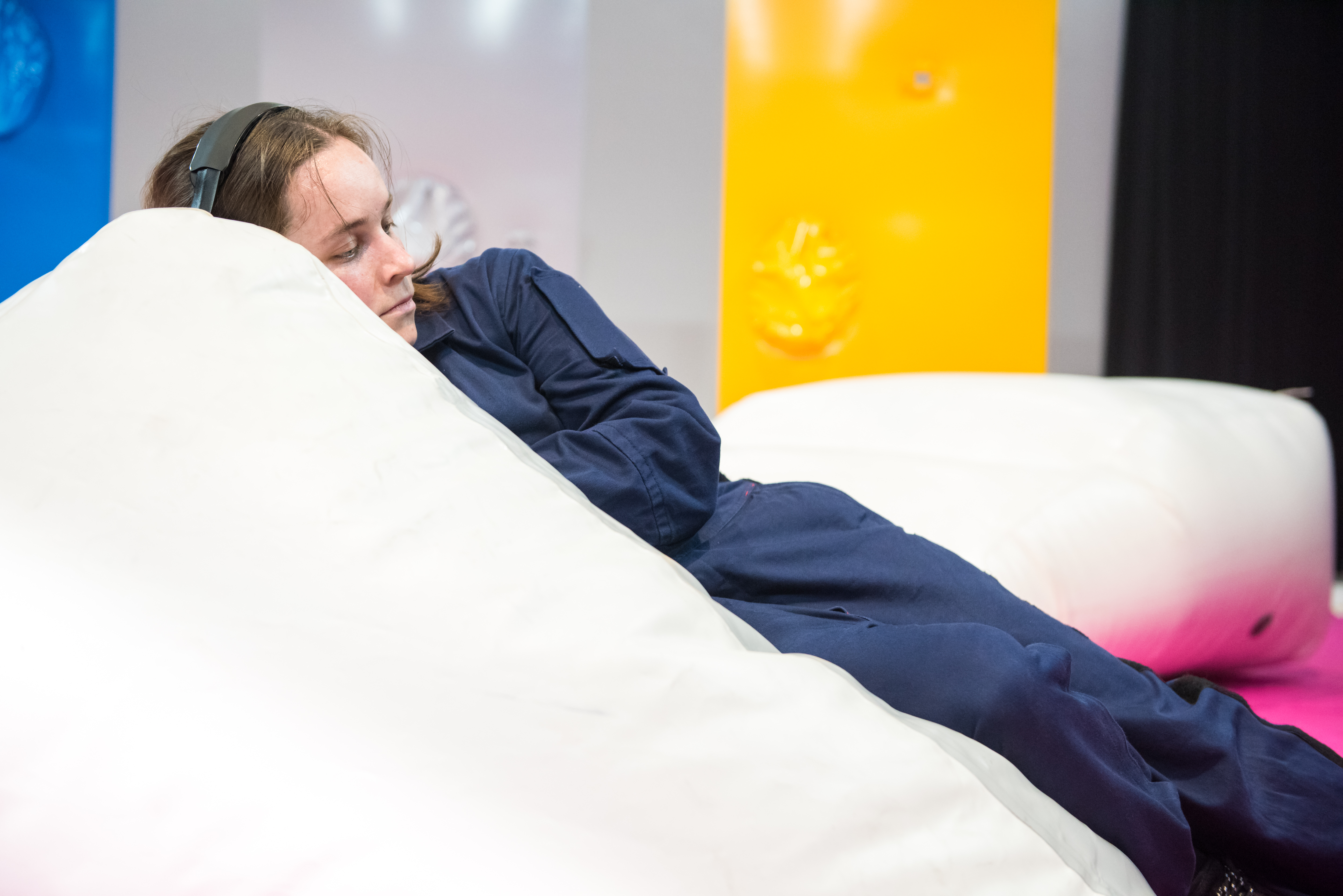 De-Limit by Alison Currie and David Cross was a dance work commissioned for the 2020 Keir Choreographic Awards at Dancehouse, Melbourne and Carriageworks, Sydney. A hybrid collaboration between performance maker (Currie) and visual artist (Cross), the work sought to test the premise that a series of functional-perhaps rudimentary- actions played out over twenty minutes, might create the essential conditions by which a small set of ‘dance ‘moments can be brought to light. Following Walter Benjamin’s assertion that boredom is the threshold to great deeds, De-limit consisted largely of a series of technical actions whereby a solo performer (Cazna Brass) dressed in workers overalls put together an art installation piece by piece. The brightly coloured components including inflatable structures and a pink tarpaulin floor did not have an obvious signification floating somewhere across the languages of abstraction, children’s play centres and a curious sexual fetishism. While the elusiveness of these iteratively revealed objects sustained a degree of interest, their manipulation by the performer could be described as functional, erring towards deadpan. With the proficiency of a skilled stage technician, the performer manipulated and positioned each component with great skill but with a delicious absence of theatrical flourish or gesticulation. The actions were dextrous but without ‘a stage’ expression and over time, the sense of theatricality-manifest more in the objects than the performance- began to ebb.